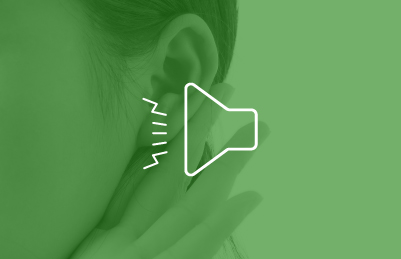 Noise is one of the main sources of impact connected to the airport infrastructures. On a par with the operators of the major European airports, ADR wanted to address the problems connected to the disturbance caused by the noise to the local resident community near the Rome airports - Fiumicino and Ciampino - enacting measures aimed at limiting the inconvenience.

Therefore, new procedures were adopted to regulate and control the flight operations, together with guidelines for a correct management of the airport site and forecast instruments capable of evaluating the effects of the interventions before their application.

Most of the noise comes from the movement of the aircraft, both during the taxing phase, and during take-off and landing, in addition to during engine testing.
The noise generated by the aircraft engines is attributable to a punctiform source which moves along a given trajectory. Once the sound characteristics of the source and the trajectory travelled are identified, it is possible to establish the acoustic field relative to a single event or a single operation and to all of them.
Every aircraft is distinguished by its own acoustic physiognomy, which depends on the type of plane, its engine and the flight operating parameters. Once the effect of every single aircraft movement is identified, it is possible to determine the overall acoustic situation by adding up the contributions of the individual aircraft movements in terms of energy and by then configuring the characteristic “traffic model” of every airport.
According to the legislation in force in Italy, the index that measures the acoustic situation referred to a given period of time is the LVA index, as defined by Ministerial Decree 31/10/97.

In order to mitigate the sound effects produced, ADR has created over time a series of interventions on the ground:

artificial dunes 4-6 metres high, alongside runway 1 which limit the noise during the taxing phase;

a plant barrier, composed of Mediterranean scrub, shrubs and trees, along the Roma-Fiumicino motorway, to contain the noise within the airport boundary;

“fast exits” on runway 1 to allow the incoming aircraft to free the flight runway without using the “reverse” mode;

repaving of the engine testing apron, with the creation of sound absorbing and sound insulating barriers;

management, in cooperation with ENAV, of the use of the headers (directions) for the landing/take-off operations, in order to contain the noise in the most heavily affected areas.

"Leonardo da Vinci"
The Rome - Fiumicino Airport was the first airport in Italy to have a continuous detection system integrated with the radar lines and equipped with sensors appropriately installed in the airport site and nearby.

The monitoring system of the noise can integrate the noise data detected by the sensors with the radar lines provided, deferred by 24 hours, from ENAV - Ente Nazionale Assistenza al Volo [Italian Air Navigation Service Provider].

Today, the monitoring system outside the airport is composed of 16 fixed switchboards; in addition, the ADR technicians also use other “mobile” switchboards for medium/long term measurements, as well as three portable sound level meters for operator-assisted measurements, to be used for specific requirements.

"Giovan Battista Pastine"
At the Rome - Ciampino Airport there is a monitoring system similar to that of "Leonardo da Vinci", equipped with 12 operating sensors.

Main characteristics of the monitoring

Three-dimensional depiction of the lines and density of traffic in terms of the area;

Check on the compliance with the corridors provided for the approach and departure routes (the so-called “GATE”);

Replay Function, capable of showing the aircraft flying in a given window of time, at natural and accelerated speed;

Creation of an archive capable of allowing queries of a relational type on all the typical parameters of the system including, as an example, the values of the sound measured relative to the time, the airline, the type of aircraft, the type of route.

Possibility of obtaining and printing graphs of the routes taken by the aircraft for purposes of the depiction and documentation of the noise indices calculated based on the regulations in force.

ICAO - Annex 16: includes the Standards and Recommendations relative to Environmental Protection. In particular, Volume I concerns the noise emitted by the aircraft.

operating restrictions for purposes of containing noise in the airports of the European Community;

Recommendation 2003/613/CE (of 06/08/2003): Criteria relative to the methods of calculation updated for the noise of industrial activity, aircraft, road and rail traffic and the noise data.

Regulation (EU) no. 598/2014 of the European Parliament and Council, of 16 April 2014, which establishes standards and procedures for the introduction of operating restrictions for the containment of the noise at the airports of the European Union, as part of a balanced approach, and repeals Directive 2002/30/CE.

D.P.C.M. [Council of Ministers Presidential Decree] 14/11/1997: Determination of the limit values of the sources of sound;

Presidential Decree no. 496 of 11/12/1997: Regulations bearing standards for the reduction of noise pollution produced by civilian aircraft;

D.P.C.M. [Council of Ministers Presidential Decree] 05/12/1997: Determination of the passive sound requirements of the buildings;

Ministerial Decree 03/12/1999 Procedures and areas of compliance in airports;

Ministerial Decree 29/11/2000 Criteria for the preparation, by the companies and bodies operating public transport services or relative infrastructures, of the noise containment and abatement intervention plans;

Italian Legislative Decree 17-1-2005 no. 13: Implementation of Directive 2002/30/CE relative to the introduction of operating restrictions relative to the containment of the noise in European Community airports.

Italian Legislative Decree 19-8-2005 no. 194: Implementation of Directive 2002/49/CE relative to the determination and management of environmental noise. Report I / Report II