Fiumicino airport is further pioneering the use of technologies thanks to its trial of Biovitae LED lamps, able to reduce the presence of bacteria in the environment and therefore protect passengers’ health. Biovitae is the only patented LED technology that, thanks to a combination of light frequencies, kills all bacteria (Gram+, Gram-, spores, mould and fungi) and sanitises the environment without making it sterile and without, therefore, weakening the immune system. Biovitae is an LED light that, unlike UV, is completely safe for humans and does not require special protective measures. 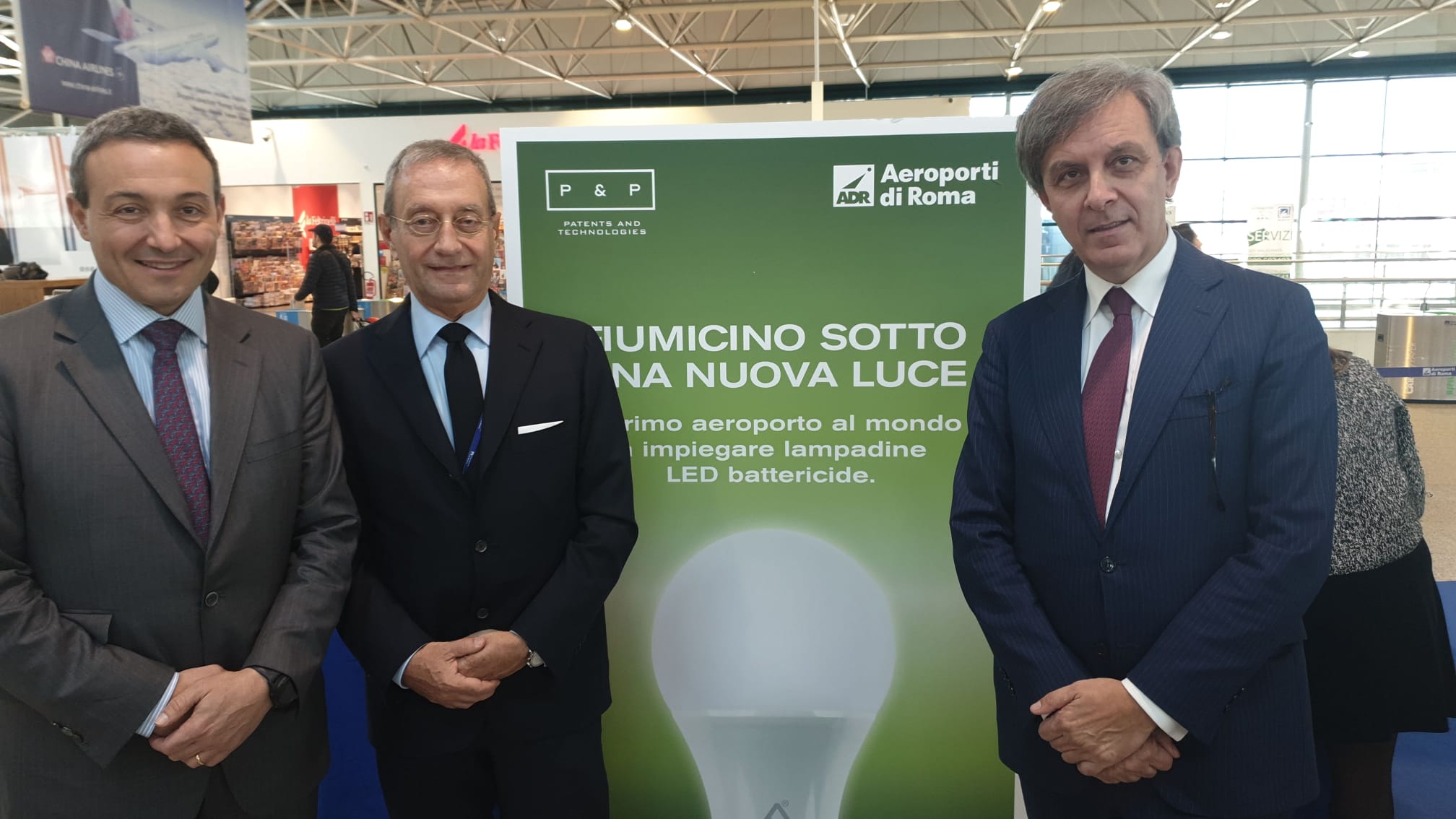 The trial was presented today, in the presence of the chief members of Adr. It was conducted at the first aid centre in Leonardo da Vinci, the first airport in the world to install Biovitae LED bactericidal lighting devices, capable of reducing the bactericidal load and limiting the phenomena of antibiotic resistance. They were installed in the reception room, emergency medical examination room with operating table, examination report room, and patient hospitalisation room.  “It is another important initiative that once again puts the focus on our commitment to our passengers,” emphasised the Chairman of Adr, Antonio Catricalà, “a trial that, with success, has seen scientific proof of a reduction in bacteria without interference with the immune system, and which is part of our work for environmental protection. We look forward to extending the trial to other similar areas in the airport”.

“Thanks to the Biovitae technology,” said CEO of Adr, Ugo de Carolis, commenting on the results, “the reduction of the bacterial load in the test rooms was more than 60%, and the spaces with good bacterial hygiene almost doubled, going from 42% to 82%. From today we can consider the first aid centre at Fiumicino airport as a place where the microbiological risk for passengers and health workers is substantially eliminated”.  With Biovitae, the Aeroporti di Roma company, which is evaluating opportunities for installing lamps within the Terminals and in the passenger boarding and disembarkation areas, has decided to embark on a “serious path in the fight against infection by taking on board the alarm raised by researchers of the PANDHUB project, carried out by VTT (Technical Research Centre) - Finland's leading public research centre - in collaboration with the University of Nottingham, among others, and launched in November 2014 to assess the risks of spreading diseases within transport hubs around the world. The final objective of the three-year research project, financed with €3.1 million of European Funds, is to develop a prevention model and a plan of action in the event of a crisis”.

“I am very pleased that a 100% Italian patent has been adopted by Adr that, as the first airport in the world to do so, understood the importance of doing something concrete for the fight against infections and antibiotic resistance. I hope that this is the first step of a continuous collaboration and that this virtuous path can be a stimulus for airports all over the world,” stated Mauro Pantaleo, CEO of P&P Patents and Technologies, the company holding the patent, “Antibiotic resistance is one of the biggest health emergencies of our time”.