A surprise dance performance was held at Leonardo da Vinci Airport this morning. Passengers departing on international flights from Boarding Area E, and those departing for Sc 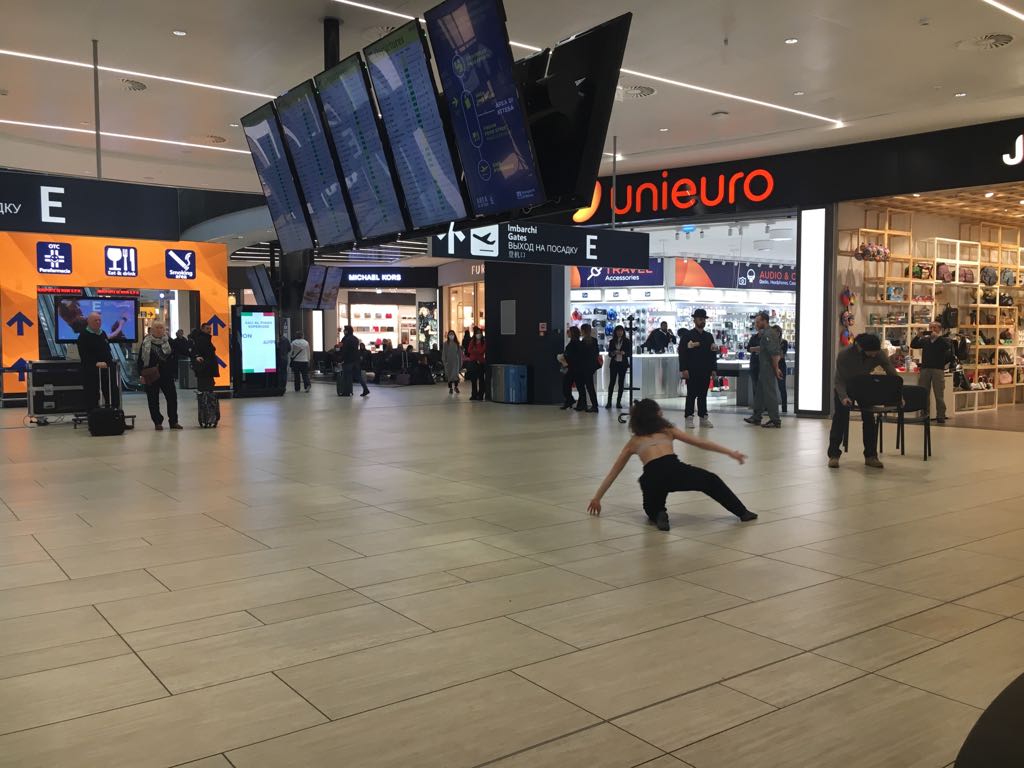 hengen destinations in Boarding Area B, were unexpectedly involved in a contemporary ballet choreography organised by Aeroporti di Roma in collaboration with the Parco della Musica Auditorium.

Fifteen young dancers from the Dance National Academy appeared in the preview of the acrobatic dance performance ‘Equilibrio’, involving the travellers in Luca della Corte’s choreography, staged between the trolleys and check-in area in the unconventional airport setting. Reinhardt & Grappelli’s Minor Swing with voice samples from Simone de Beauvoir, ‘La foule’ by Edith Piaf, and ‘La mia anima aspira ad un altro mondo’ by Alessandro Taruffi was the music accompanying the dancers during the performance inspired by France which, like Italy, is considered the home of ballet and dance.

The artists performed in the halls of the boarding areas, amongst the travellers waiting to depart who, drawn by the music, were involved in the surprise performances amongst the store fronts of the 35,000 m2 Airport Mall.

Today’s flash mob is the result of the partnership between Aeroporti di Roma and the Parco della Musica Auditorium, and is one of the initiatives organised by the airport operator to offer travellers from all over the world an airport experience of the highest quality. The show, which Fiumicino’s passengers had the chance to preview today, is due to open at Parco della Musica tomorrow (13 February, Petrassi Hall, 21:00).