29 November 2017
Harry Potter in concert
Aeroporti di Roma and the Orchestra Italiana del Cinema presented, for the first time ever, the film-concert in the second chapter of the film saga, with 80 pieces played to passengers

The Terminal 3 departures hall has transformed into a stage, where the entire 80-part formation of the Orchestra Italiana del Cinema performed, involving passengers from around the world at Leonardo da Vinci, playing, for the first time, the new soundtrack to “Harry Potter and the Chamber of Secrets”, the second episode of the British saga. Great enthusiasm was shown by passengers who attended the numerous performances, who also viewed images of the saga on the airport's big screens. 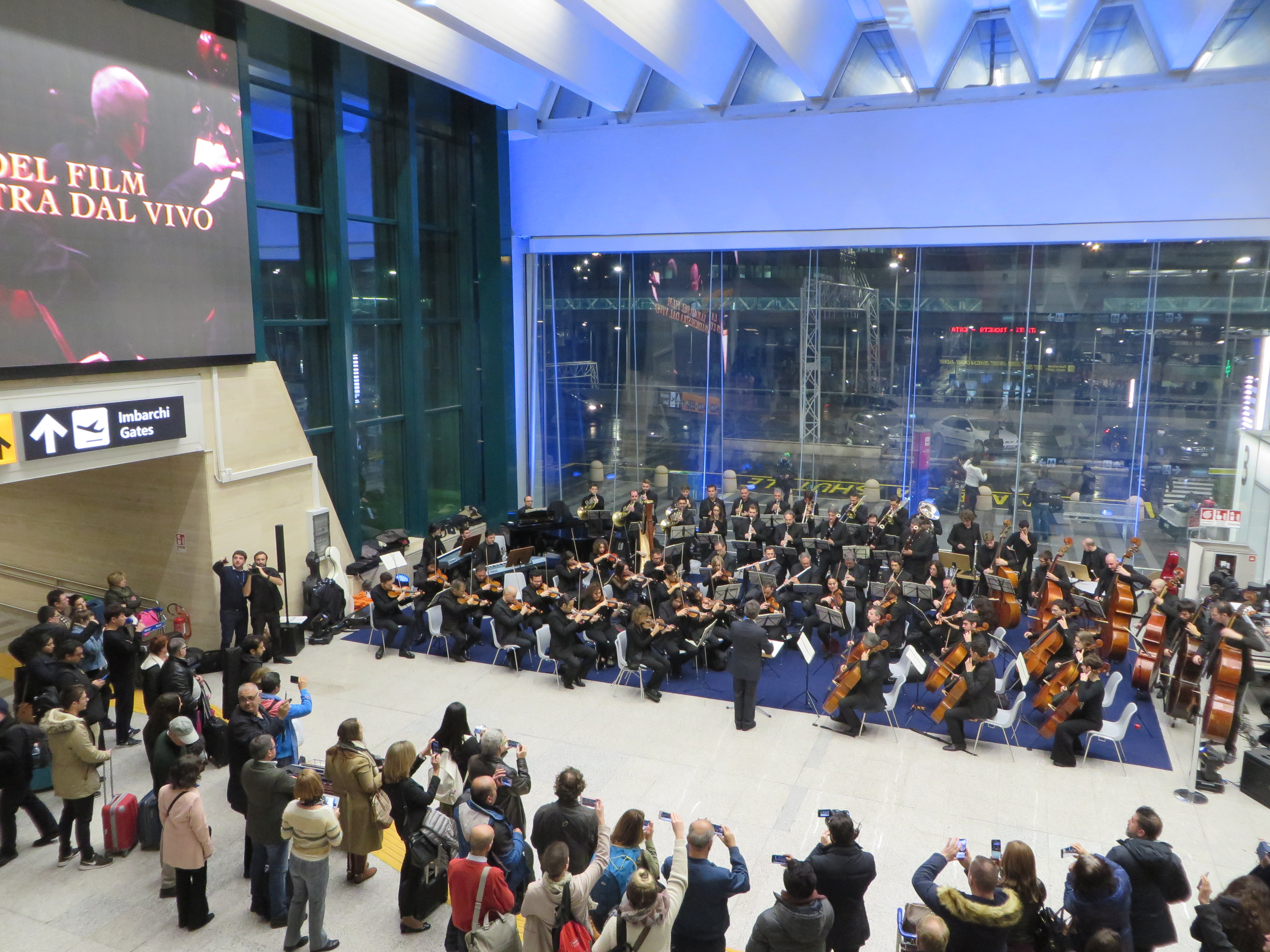 The initiative was founded from the partnership between Aeroporti di Roma and Auditorium Conciliazione, to promote cultural events and performances in the Capital as part of the Fiumicino airport's international showcase, entertaining Italian foreign travellers, whilst they await their flights.

Today's event launches the initiatives scheduled by ADR at the airport for the Christmas festivities, which will feature an entertainment programme rich in music and culture for travellers. Also, thanks to the cultural events and performances organised throughout the year, Leonardo da Vinci has been ranked as the top airport in Europe, according to passenger opinion in the official ACI Europe rankings, in terms of satisfaction of services offered, in over 300 airports worldwide.

The performance, premiered at Fiumicino, will make its debut in Rome on 1 December, with repeats scheduled for 2 and 3 December at the Auditorium della Conciliazione. On the stage at the Auditorium, Maestro Justin Freer will lead the 80 plus-part Orchestra in its live interpretation - in sync with images, dialogues and special effects from the film - of the magical score for which Williams was nominated for the Grammy Award of 2004 for this single film.