15 December 2021
Rome - Perth no stop
Fiumicino airport will be the gateway to Continental Europe, with the first direct connection from Australia in the history of civil aviation

Qantas, Australia's leading airline, will launch an unprecedented direct connection between Italy and Australia from 23 June 2022, offering three flights a week between Rome and Sydney (with a stopover in Perth), to meet growing demand during the summer period.

For the first time in the history of civil aviation, it will be possible to fly directly between Australia and Continental Europe, with a non-stop journey between Rome and Perth, the westernmost point of the Australian continent, which lasts 15 hours and 45 minutes. Passengers from Rome will also have the choice of continuing on the same aircraft to Sydney, or starting their journey in Australia by visiting Perth.

The connection will be operated by the Boeing 787/900 Dreamliner, a new generation aircraft specially configured by Qantas to offer services for an extended stay on board. It includes a three-class cabin system with 42 seats in Business Class, 28 in Premium Economy, and 166 in Economy Class, with a total of 236 seats available.

The strategic choice to serve Rome as the first and only point in Continental Europe is the result of a long period of collaboration between Qantas, Aeroporti di Roma, and the main national institutions of the respective countries. In addition to directly connecting Australia with Italy, the main market in the European Union in terms of passenger volumes, the choice of Rome will allow Qantas to connect its passengers to major European destinations, including Athens, Barcelona, Frankfurt, Nice, Madrid, Paris and 15 areas of Italy such as Florence, Milan and Venice via Fiumicino, thanks to collaboration agreements with other partner airlines operating at the Rome airport.

Alan Joyce, CEO of the Qantas Group, states, “since the borders reopened, we have seen high demand from our customers who want to discover new destinations. The resurgence of travel and the demand for more connections following the pandemic has made direct connections to and from Australia even more attractive and desirable in a context where we have learned to live with the virus and its variants. After the restrictions of recent years, now is the ideal time for Qantas to reinvigorate its international network and explore new market opportunities. The new route will bring new visitors to Australia, strengthening the domestic tourism industry. Australia enjoys a global reputation as a friendly, safe, and attractive tourist destination, and by flying direct from Rome visitors can experience the 'Australian Spirit' before they even arrive.

Marco Troncone, CEO of Aeroporti di Roma, states that "it is with great pride that today we celebrate Italy as the landing country of the first ever direct flight from Australia to continental Europe. Rome and Italy are thus demonstrating confidence and recovery, confirming the attractiveness of the largest market in terms of passenger volumes between Australia and continental Europe, with around 500,000 passengers flying between the two countries with an stopover during the journey in 2019. This important milestone is the result of a long period collaboration between Qantas and ADR with the support of national institutions, and marks the beginning of a path that will strengthen the already significant social and economic relations between Australia and Italy, facilitating the development of passenger and freight mobility in the near future". 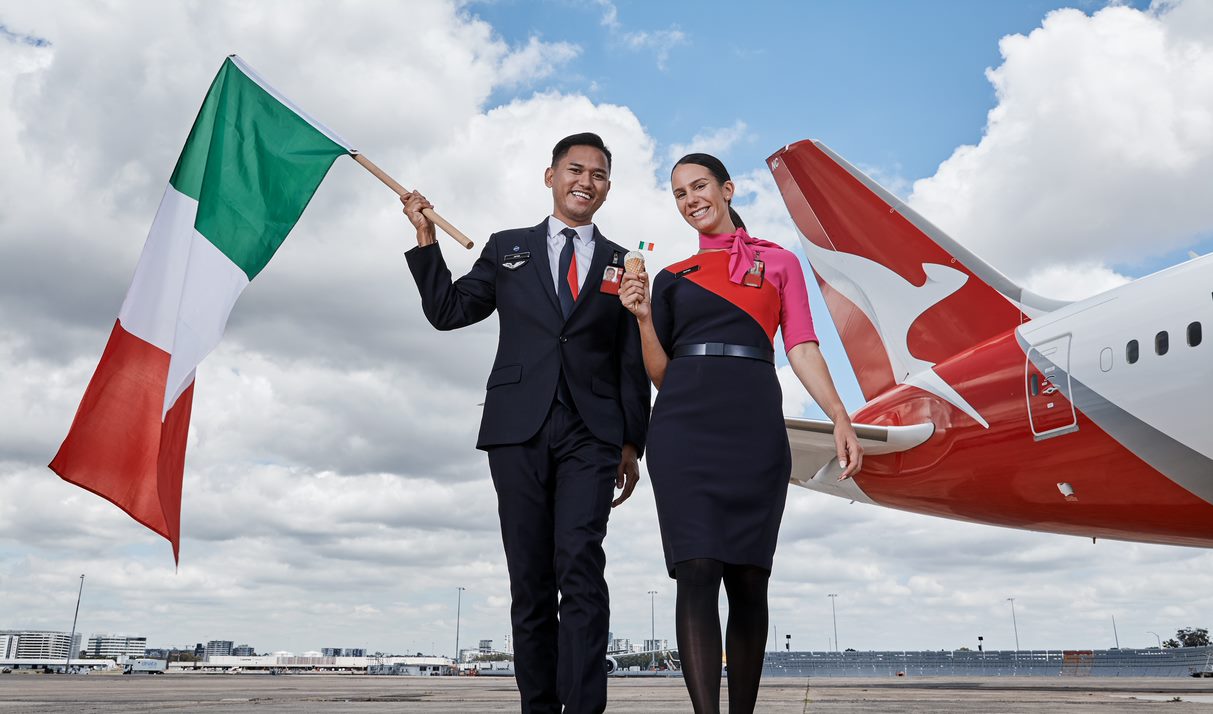